Young people fighting for our future

I was thinking about what a friend had said I was hoping it was a lie
(...)
They were flying Mother Natures silver seed to a new home in the sun

These quotes were taken from Neil youngs song After the gold rush, that even though being inspired by a screenplay his friend Dean Stockwell was writing at the time about war, the end of the world and silver spaceships are also, and probably not coincidentally, related to the devastation of the natural world and the threats to the environment that are so well known today and were starting to be talked about in the 1970s. It is sad that it has come to this, to the possibility of total destruction, the end of what we thought was
thousands of years ahead of us.

Today we know we dont have much time but theres still hope. However, that hope didnt come from governments and corporations. Hope keeps coming from the people who refuse to accept the end, the pollution, the poverty. People that took a stand, manifested, rioted and forced governments to change the legislation. These people spread the message, so that no one was ignorant and we could all contribute.

When the first manifestation occurred in 1970, scientists werent sure if it was the global warming or cooling, but they were sure that using the atmosphere as a garbage could have serious consequences.

Today we are watching the largest climate manifestations to date. It started with Greta Thunberg, a Swedish girl that refused to go to school. She sat in front of the Swedish parliament waiting for them to do something. She never thought so many people would join her, not only in Sweden but also in other countries across the globe.

Greta was inspired by the Parkland students in the US, that made the March for our lives in Virgínia. Ever since, every Friday she sits in front of the Swedish parliament, with other climate activists that want to fight for their future. Fridays for future became a trend. 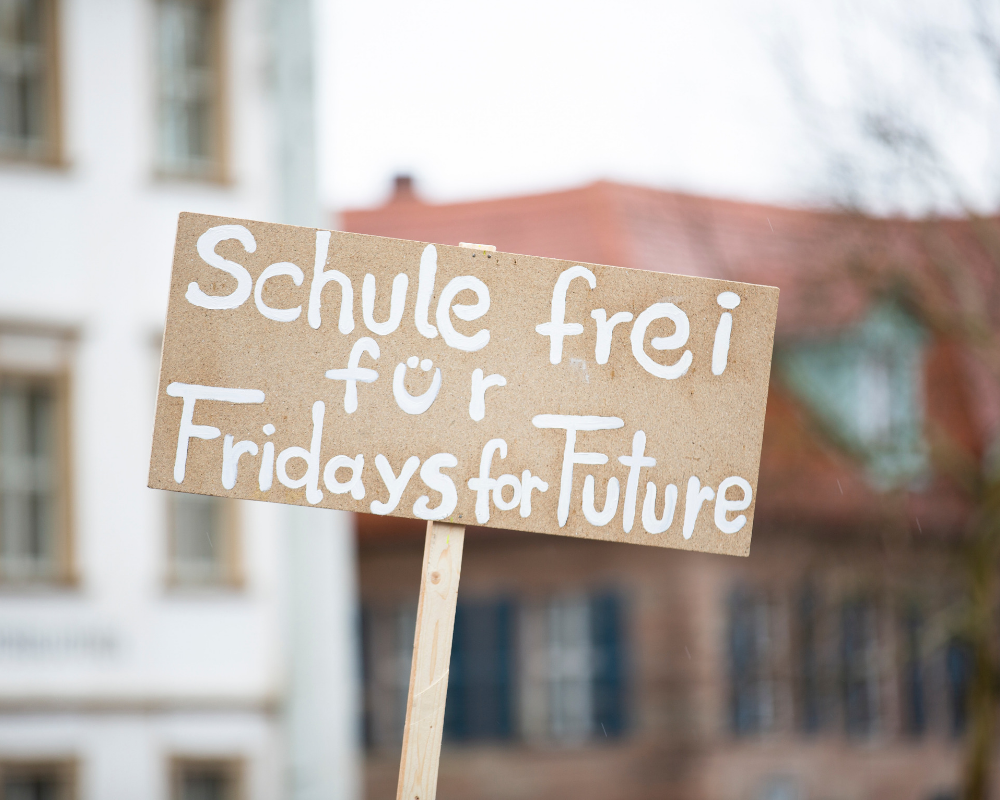 Germany followed the example, with Luisa Neubauer organizing Fridays for future in Berlin. Now, more than 350 cities across the country are a part of the movement. UKSCN is another group of young people that joined Fridays for future. Theyre based in London but they receive countless messages from other English cities that want to participate.
Its beautiful to watch these young people reminding adults how to fight for their rights. On their first strike, 15 000 people participated, 5000 in London alone. It was magical.

All these groups can easily connect with the help of the internet. And that allows for the movement to be so much bigger!

Thats how they got in contact with Youth for Climate, another group of young climate activists started by Anuna De Wever in Belgium. She is 17 and has no problem with talking to politicians to hold them accountable for what they promised.

The interactions between all of these young people culminated on the 24 th March of 2019, the day they were able to bring together students from all over the world to strike for the climate. 1.6 million people, from 125 countries in over 2000 populations joined the movement. It was with great pride that we watched our students march down the Portuguese streets, and we hope to join them for their next quest.

Many politicians are against school striking, and argue that children and young people dont understand the economic implications of the measures they are fighting for. Nevertheless, scientist from all over the world claimed that the students are indeed right and should be supported!

Al Gores inconvenient truth, that many though was too sensationalistic, has already been proven. Natural disasters, lack of water and rising temperatures across the world. Its time to act, to reduce our impact and demand that CO2 emissions decrease, in our country and in the rest of the world. Its time to use our privilege. Its not enough to eat organic and use aluminum straws. Fighting is imperative for us to preserve life on planet earth, our existence depends on our actions in the next 11 years.

Instead of looking for hope, look for action, then and only then hope will come.
Greta Thunberg